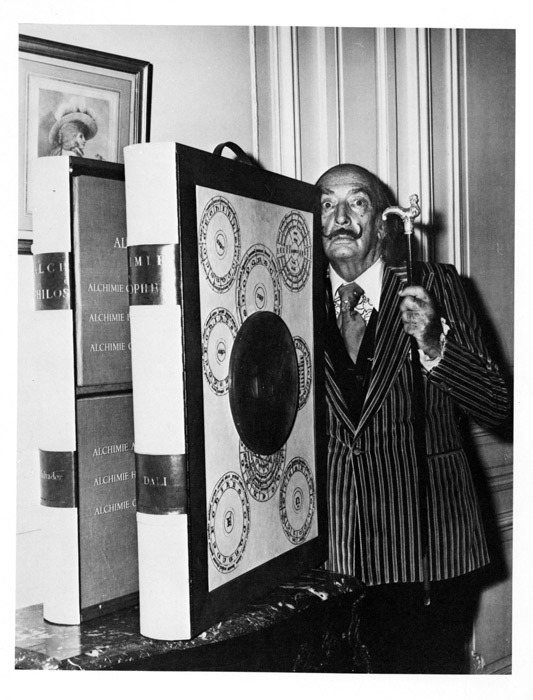 The portfolio itself is an art object. Shaped like a book, it hinges along the "spine" and opens to reveal two halves. The first half houses reproductions of integral and ancient alchemical texts, printed on handmade rag paper. The second half contains the ten prints by Dalí.

The cover of the portfolio features a mobile resin wheel injected with mercury, a fundamental material in alchemy. The front design is composed of wheels inspired by Raymond Lull's roues combinatoire, or combinatory wheels. Lull was a major influence in Dalí's interest with alchemy. Lull's wheels attempted to codify theosophical and alchemical knowledge into a single system. An example of these is in the gallery below. 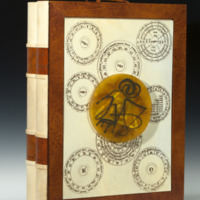 The cover of the portfolio, featuring the resin wheel injected with mercury. 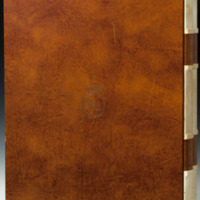 The back of the portfolio is leather stamped in gold with Dalí's logo, his name with a crown above it. 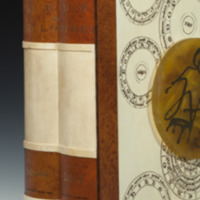 The opening of the portfolio, with each half hinged on the outside so the "doors" open out. 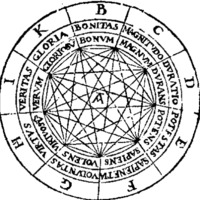 Raymond Lull, or Ramon Llull (1235-1315). The wheels on the cover of the portfolio were inspired by combinatory wheels created by Raymond Lull, like this one. Lull was Catalan like Dalí, and is credited with writing the first Catalan literature.

Alchimie des Philosophes was a largely collaborative effort, involving a team of researchers who gathered the alchemical texts, artisanal companies, and studios including:

The Emerald Tablet →
The Portfolio